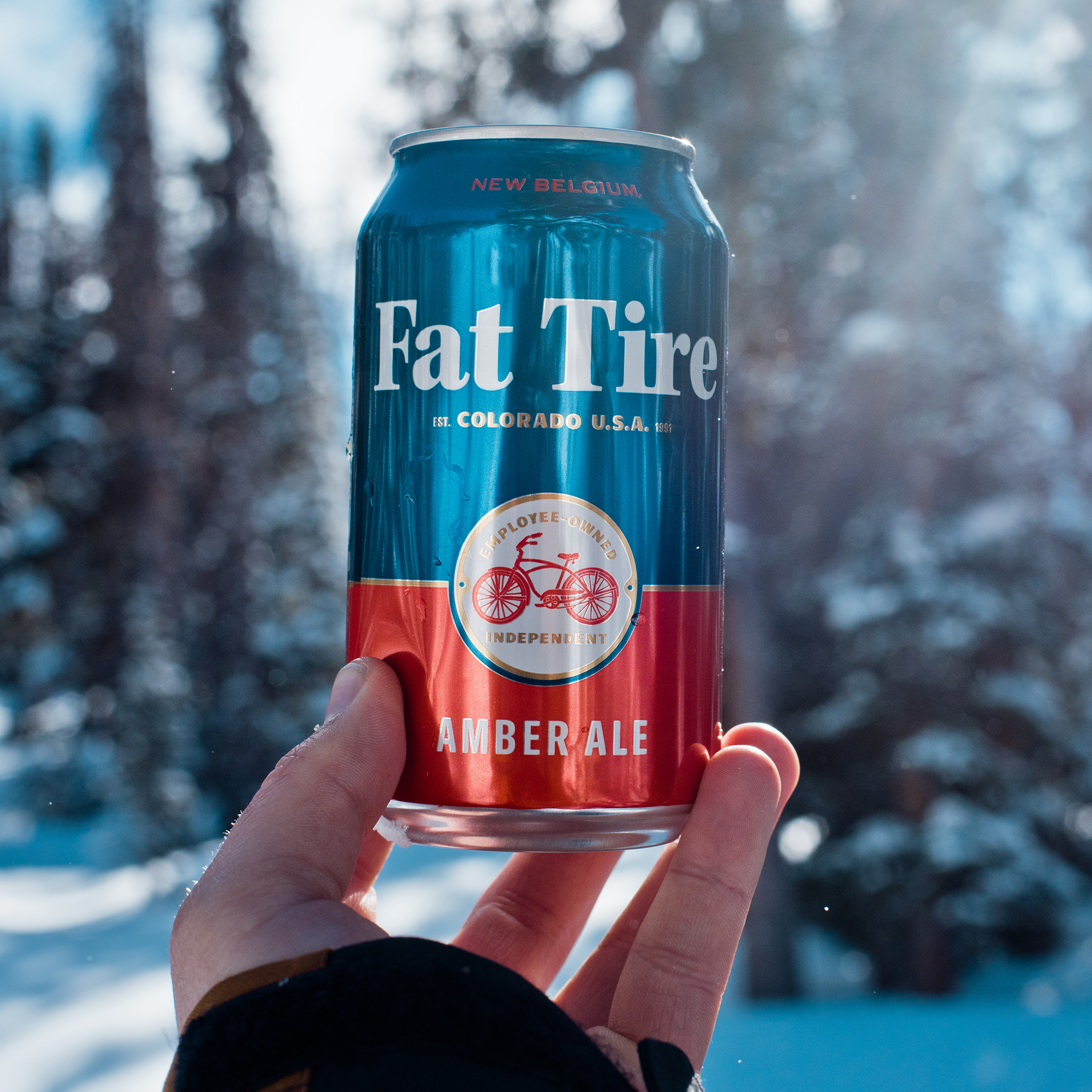 “We’re excited about Fat Tire’s new look,” said New Belgium’s Director of Brands, Kyle Bradshaw. “It’s a great blend of contemporary and classic design elements that we believe our loyal drinkers will appreciate, and it gives us a platform to introduce our brand to a new generation of beer loving, outdoor enthusiasts.”

Fat Tire Amber Ale first appeared as an award-winning Colorado homebrew named in honor of a bicycling trip through Belgium. The beautiful balance of hop to malt created an immediate sensation with climbers, cyclists, outdoor adventurers and itinerate “dirtbags” traveling throughout the west. Stories of beer drinkers “bootlegging” the beer across state lines are legion, and Fat Tire has been an integral part of the American beer scene ever since.

In addition to the new look, bottled Fat Tire is now receiving the same live yeast dosing as the original homebrew version. Adding live yeast to the bottle will greatly extend Fat Tire’s freshness, ensuring that beer drinkers from coast to coast experience the beer at peak flavor. Fat Tire tastes even better knowing that 1% of all sales benefits 1% for the Planet, a global network of businesses, non-profits and individuals focused on giving back to the environment.

The new label designs will be hitting shelves throughout March as inventory sells through.