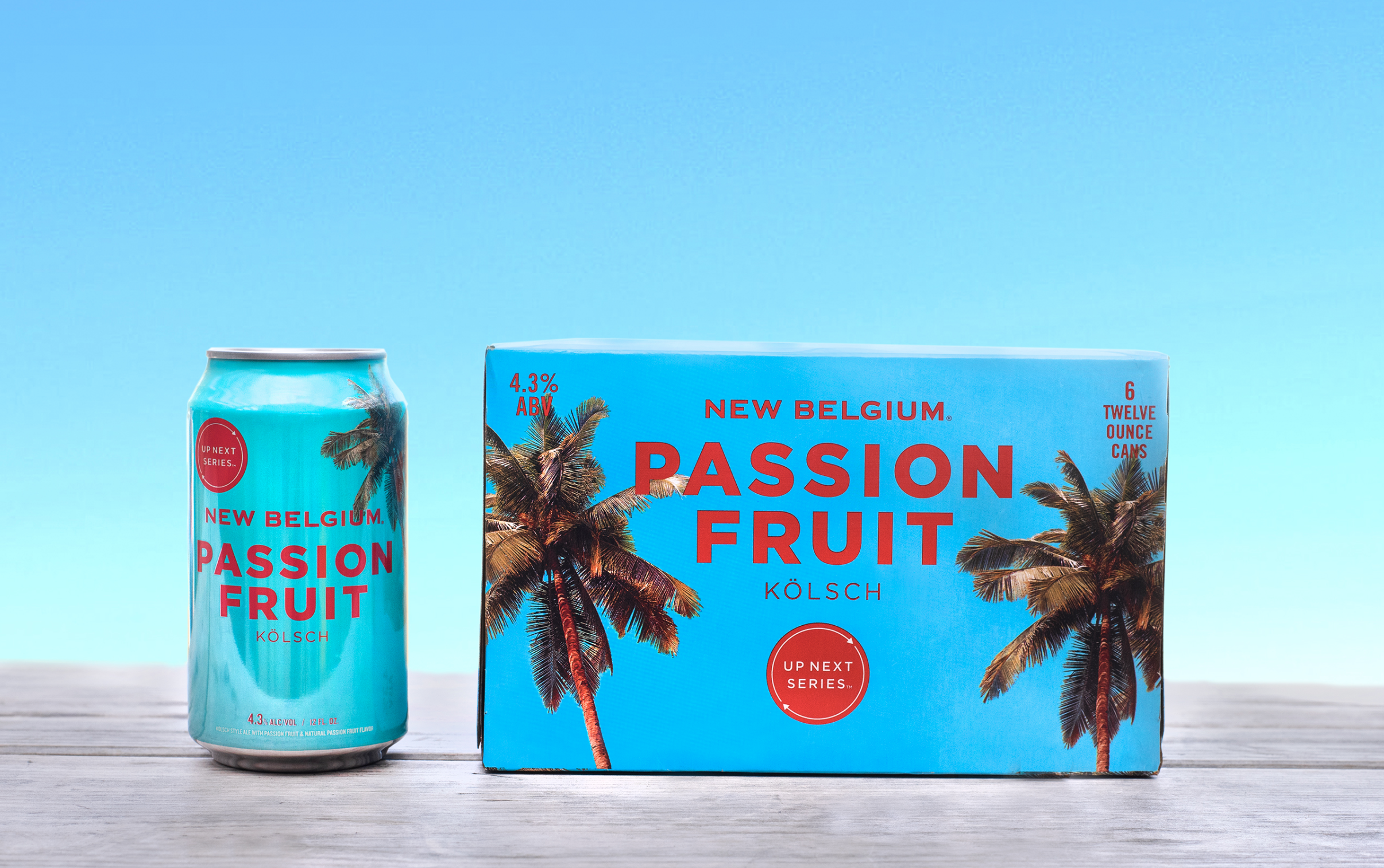 (FORT COLLINS) New Belgium Brewing’s Up Next Series taps into the brewery’s tradition of innovation by offering easy-drinking, unique and flavor-bending beers that reflect evolving trends in food and drink. Passion Fruit Kölsch, a refreshing ale packed with tropical fruit flavors, is the second release in the Up Next Series.

Passion Fruit Kölsch pours a bright, pale yellow with invigorating aromas of passion fruit, guava, and tropical punch. This medium-bodied beer is moderately sweet throughout, weaving in a slightly tart middle before finishing with a flash of bitterness. Brewed with passionfruit juice, this is a New Belgium take on an American-style fruit beer.

“Passion Fruit Kölsch is a crushable, refreshing fruit-forward beer ready for fun in the sun,” said Cody Reif, New Belgium Research & Development Brewer. “The big challenge was to strike a delicate balance between sweet tropical fruit flavors and traditional beer flavors. We wanted to create a beer still recognizable as a beer, but also with a very evident fruit character that even non-beer drinkers will love.”

Up Next Passion Fruit Kölsch

Availability: Now nationally in 12 oz. cans and on draft while supplies last. Passion Fruit Kölsch is also available for a limited time in New Belgium bottle Variety 12-packs, alongside Fat Tire Amber Ale, Voodoo Ranger IPA and throwback beer Sunshine Wheat. The Up Next Series features new flavors rotating quarterly throughout 2019. Future offerings push the boundaries of traditional beer style definitions while giving micro and often regionalized beer trends national exposure. Limited only by the imagination of the brewing team, the Up Next Series intends to blend trending flavors with a hint of seasonality.