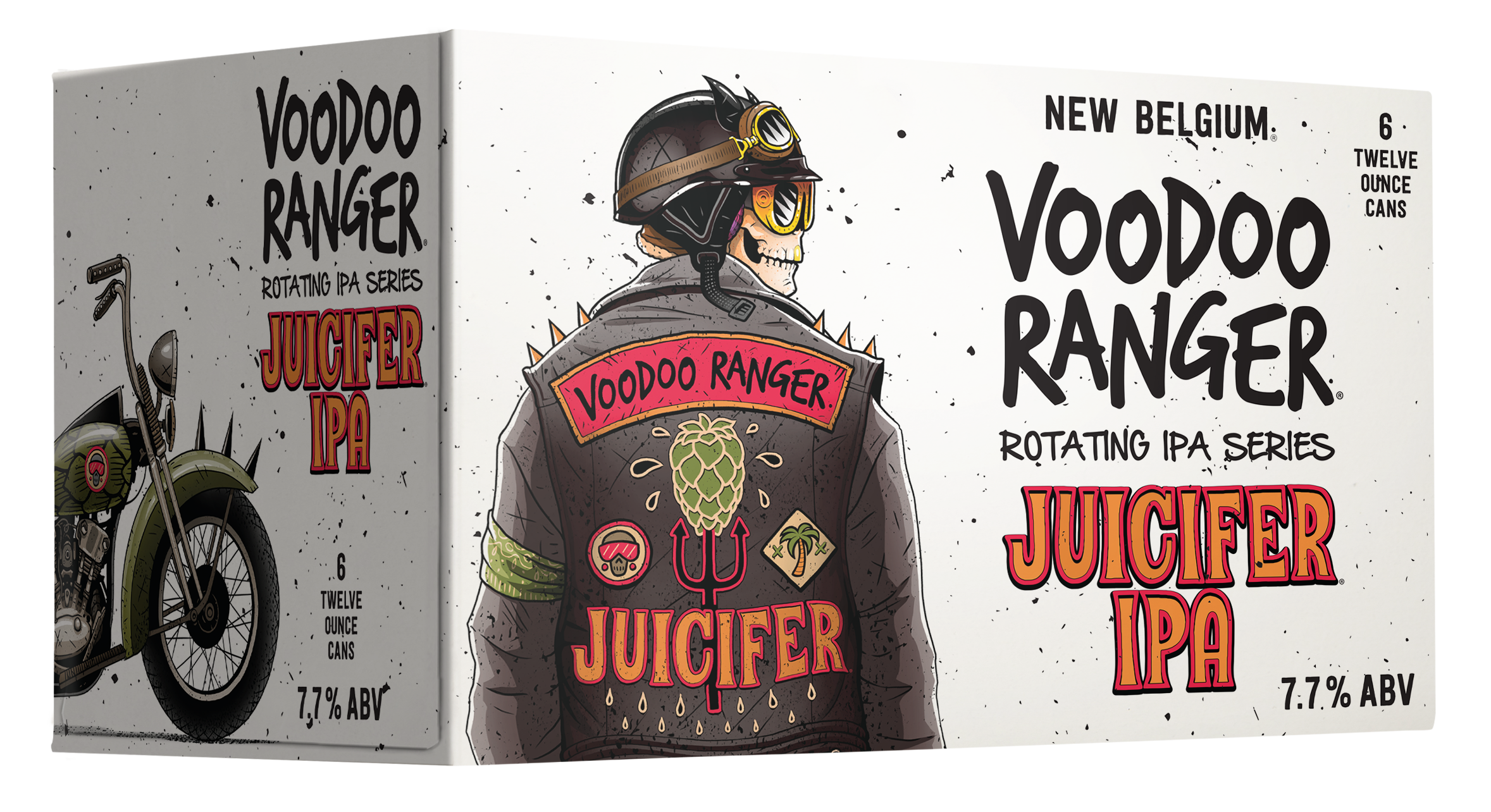 “Innovation and experimentation is the name of the game when it comes to our rotating IPA series,” said Ross Koenigs, Research and Development Brewer at New Belgium. “For Juicifer, we took our cues from hazy IPAs, but turned up the volume on the hop bitterness. It’s big hop flavor that is easy drinking.”

Juicifer IPA is the latest hoppy brew in the Voodoo Ranger Rotating IPA line, each available in 6 pack, 12-ounce cans and on draft. This series was born out of New Belgium’s desire to further experiment with hop-forward flavors while highlighting the brewery’s ground-floor collaborations with hop producers to cultivate cutting-edge, experimental varieties.

“The Voodoo Ranger Rotator series allows our brewers to engage in playful exploration that can bring entirely new flavor profiles to the world of IPA’s,” said Koenigs. “We’re just getting started with this exciting new series. Beer drinkers should keep an eye out for each ground-breaking offering throughout the year.”

Later in 2019, watch for Hop Avenger IPA, a special crowd-sourced release featuring Jester and Chinook hops that pack a tropical aroma with a pineapple punch. More specific details will be available on series offerings as selections become available.