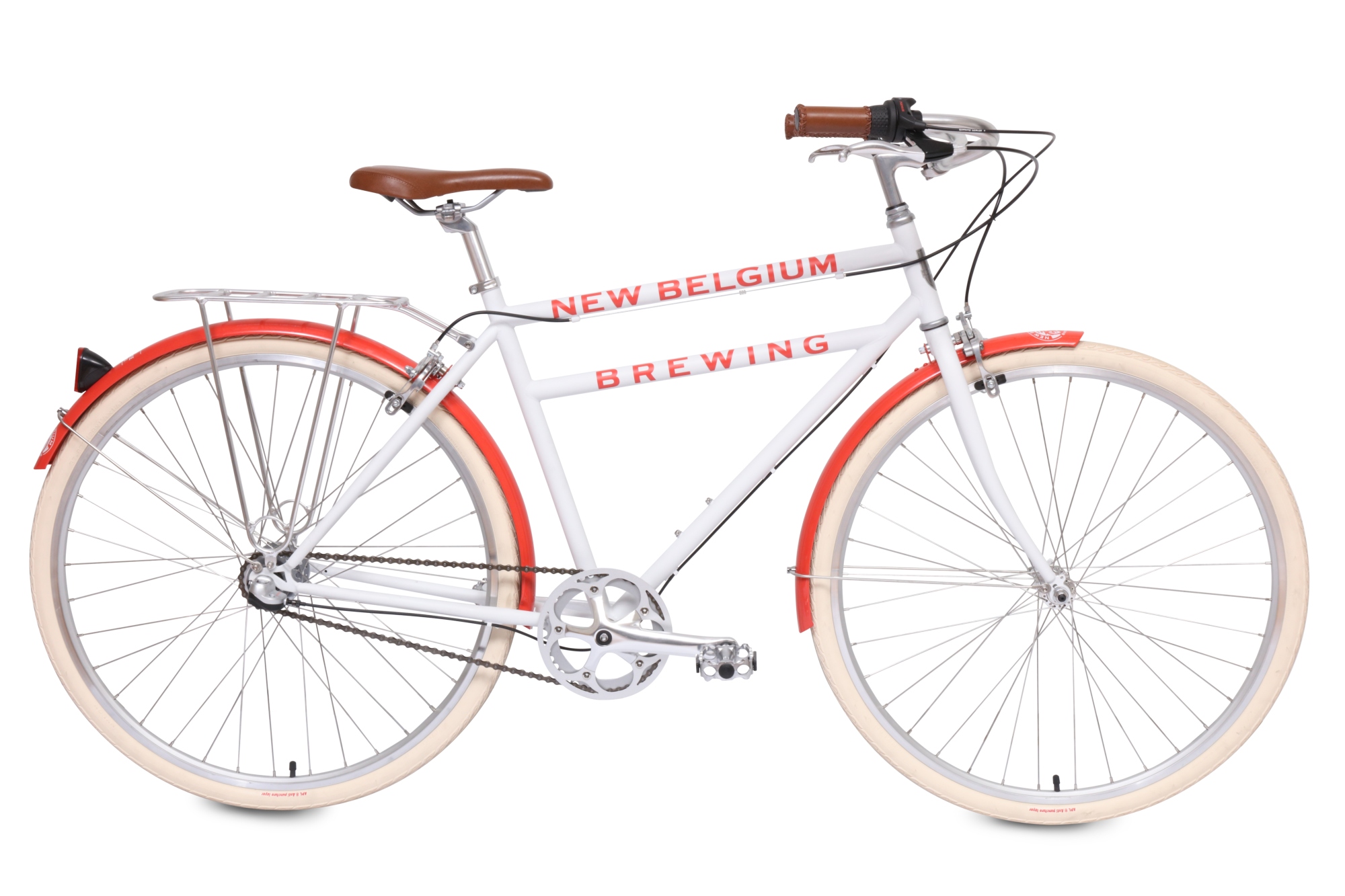 Over the last 20 years, New Belgium has partnered with some of the world’s most storied bike makers including Schwinn, Electra, Felt, Spot, and Detroit Bikes to make beautiful, human-powered masterpieces that have become collector’s items and pieces of craft brewing history. The 2019 bike is a custom version of the Driggs 3, with Brooklyn Bicycle’s signature double top tube design and a fully custom New Belgium paint scheme with white frame, red fenders, and New Belgium branding throughout.

“We believe that every good adventure begins with a bicycle ride and ends with a pint of beer,” said Michael Craft, New Belgium Spokesperson. “As we learned more about Brooklyn Bicycle’s ethos of being purposeful and witnessed the attention to detail they put into their craft, there was a natural synergy.”

“Both New Belgium and Brooklyn Bicycle share a goal of connecting people with their communities via one of the most sustainable modes of transportation,” continued Craft. “The result is a pedal-powered smile generator.”

New Belgium has a deep history with bikes. In 1995, the company began gifting cruiser bikes to every employee-owner on their one-year anniversary as a way to celebrate their contribution and encourage commuting by bicycle. To date, the brewery has given nearly 1,000 bikes to its employee-owners and thousands more have been donated to raise money for charities and non-profits across the country.

The 100 percent employee-owned brewery tops Bicycling Magazine’s Best Companies for Cyclists list, and both the Colorado and North Carolina facilities are Platinum-level Bicycle Friendly Businesses as designated by the League of American Bicyclists.

“New Belgium has a cult following amongst our team,” said Brooklyn Bicycle Co. president, Ryan Zagata. “It’s exciting to work with a brand that aligns so well with who we are and what we do. There was so much effort and care that went into this process and we’re thrilled with the outcome.”

Arriving in March, these collectable, human-powered masterpieces can be found moving New Belgium co-workers around Fort Collins and Asheville, parading through cities at 2019 Tour de Fat festivals, on display at select New Belgium retail locations, and available at auction or through raffles to raise funds to support local non-profits throughout the nation.

Established in 2011, Brooklyn Bicycle Co. mirrors the iconic qualities of Brooklyn itself – accessibility, durability, and original style.  Brooklyn Bicycle Co. bikes are available in single-speed, three-speed, seven-speed, and 24-speed models starting at $399. Bikes can be found at retail locations across the United States and in Canada or can be purchased online. For more information, visit: https://www.brooklynbicycleco.com