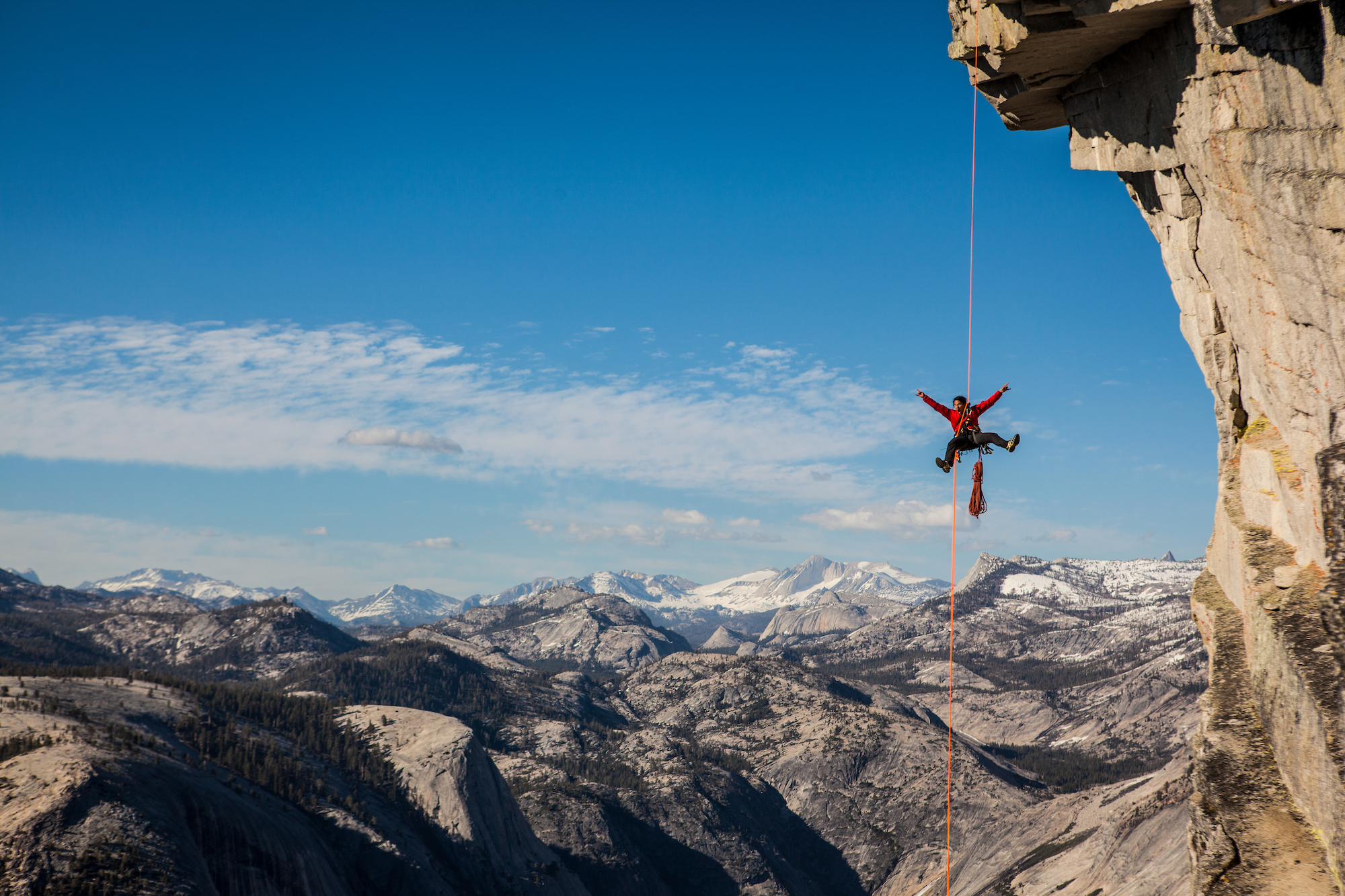 In June 2017, Alex Honnold legendarily scaled the freerider route on El Capitan without ropes (a style of climbing known as “free-solo”), an accomplishment that the New York Times lauded as “one of the greatest athletic feats of any kind, ever.” The filming of “Free Solo” provided extreme challenges for Chin and the production team – Chin not only had to fix ropes and cameras while climbing and rappelling  alongside Honnold throughout the process, but also deftly document the expedition while not distracting the climber as he scaled the nearly 3,000-foot granite face. The film captured national attention, leaving audiences clinging to their seats with sweaty palms as Honnold successfully made his ascent.

Chin has credited HANAH products for supporting his vitality, focus and immunity throughout the filming and production process. In a recent interview with Teton Gravity Research Chin stated, “I’m usually traveling a ton, which often means no routine and very little sleep, so it’s nice to have a few things that I do take consistently… HANAH is great for crazy production schedules because it evens out my energy and it helps to keep me focused and healthy.” Chin additionally shared HANAH products with the production team over the course of the filming process, ensuring the crew was operating with maximum focus and drive.

HANAH’s flagship product, HANAH ONE, is an Ayurvedic superfood blend made of 30 wild-harvested herbs to optimize physical and mental performance and support overall health and immunity. Some of HANAH’s newest products include Turmeric+, the first Bhutanese turmeric root and black pepper supplement available in the United States, and Cordyceps+, a powerful combination of wild Cordyceps sinensis, a rare Himalayan medicinal mushroom, with eight other herbs and minerals, designed to improve mental and physical performance and strengthen the immune system. Chin and other top athletes swear by HANAH’s line of supplements to help power them through adventures.

“If there’s anyone who can achieve the impossible, it’s Jimmy Chin, his wife and co-director Chai Vasarhelyi, and the crew that they put together,” said Joel Einhorn, founder of HANAH. “Not only was it three years of 18-hour days in front of computers and hanging off the wall in Yosemite, there was also an insane amount of travel involved to shoot the film and promote it. It’s extremely humbling to hear from Jimmy and the crew that they were using the HANAH product line to stay fit, healthy and focused through this ridiculously grueling schedule.”

HANAH’s mission is to preserve ancient medical traditions and adapt them into remedies for modern living. The company is committed to sustainably sourcing only the highest-quality natural ingredients and producing them using ancient methods designed to deliver maximum potency and results. In doing so, HANAH supports local communities and their traditions. HANAH devotees include elite athletes Jimmy Chin, Travis Rice, Ian Walsh, Kit DesLauriers, Angel Collinson, Otto Flores and a host of entrepreneurs, wellness coaches, yogis and chefs. Launched in 2018, HANAH Ventures curates extraordinary travel experiences to the world’s most far reaching places, providing one of a kind adventures exploring culture, wellness and ancient traditions. HANAH was founded in 2015 by Joel Einhorn, athlete and entrepreneur, and JR Smith, tech entrepreneur, board member of the Quickstep Pro Cycling Team and former CEO of AVG Technologies.